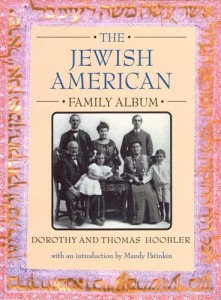 Many immigrants sought to fit in to their new country by adopting American customs, including clothing and the English language. Sophie Abrams, who arrived in New York around 1920, recalled her first experiences.

“My first day in America I went with my aunt to buy some American clothes. She bought me a shirtwaist, you know, a blouse and a skirt, a blue print with red buttons and a hat, such a hat I had never seen. I took my old brown dress and shawl and threw them away! I know it sounds foolish, we being so poor, but I didn’t care. I had enough of the old country. When I looked in the mirror, I couldn’t get over it. I said, boy, Sophie, look at you now. Just like an American.”